Elections are coming soon. This year, two candidates passed to the final stage. One candidate is John Jackson and his opponent is Jack Johnson.

The winner is the candidate that has strictly more votes than the other candidate; if both have the same number of votes, there is no winner. You are a friend of John Jackson and you want to help him win. To do that, you may perform the following operation any number of times (including zero): choose two packs of votes that currently belong to different candidates and swap them, i.e. change the votes in each of these packs so that they would go to the other candidate.

You are very careful, so you want to perform as few swaps as possible. Find the smallest number of operations you need to perform or determine that it is impossible to make John Jackson win.

For each test case, print a single line containing one integer ― the smallest number of swaps needed to make John Jackson win, or  if it is impossible. 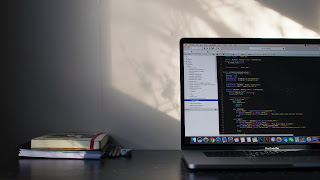 This problem can be solved using brute force approach first we sort both array and we will iterate second array from last and first array form first till we get sum1>sum2  .
after swapping if sum1<sum2 print -1
sum1>sum2 print count of swaping
else print 0
her is my code follow code below.
Join telegram channel for code and editorial.-https://t.me/competitiveProgrammingDiscussion

Popular posts from this blog

December 05, 2020
Vaccine Distribution  Codechef December Long challenge solution 2020- This Problem vaccine distribution is taken from December long challenge 2020. lets read problem statement. Problem statement- Finally, a COVID vaccine is out on the market and the Chefland government has asked you to form a plan to distribute it to the public as soon as possible. There are a total of  N N  people with ages  a 1 , a 2 , … , a N a 1 , a 2 , … , a N . There is only one hospital where vaccination is done and it is only possible to vaccinate up to  D D  people per day. Anyone whose age is  ≥ 80 ≥ 80  or  ≤ 9 ≤ 9  is considered to be  at risk . On each day, you may not vaccinate both a person who is at risk and a person who is not at risk. Find the smallest number of days needed to vaccinate everyone. Input The first line of the input contains a single integer  T T  denoting the number of test cases. The description of  T T  test cases follows. The first line of each test case contains two space-separ
Post a Comment
Continue Reading »